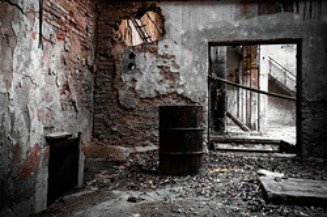 If you’ve driven through any of New Jersey’s industrialized areas you’ve no doubt seen the remnants of the Industrial Revolution that began in the state during the early 1900’s. Railway yards, abandoned factories and gas stations along with landfills have had both an environmental and economical drain on the communities where they are located. Out of more than 425,000 brownfield sites in the US, did you know that tiny, densely populated New Jersey is home to upwards of 10,000 of them?

What is a brownfield anyway? While the first thought that may come to mind is a plowed farmer’s field, a brownfield is actually a property where the expansion, reuse or redevelopment of the site may be complicated by the presence or potential presence of contamination.

Brownfields are often located in urban areas and in many cases are abandoned or poorly maintained creating an eyesore in the community as well as having a negative impact on adjacent property values. While the issue of cleanup and remediation of any contamination complicates the redevelopment process, there are many benefits to redeveloping a brownfield site:

While the majority of brownfield redevelopment projects focus on residential and commercial building, there is a growing interest by municipalities in turning brownfields into parks, playgrounds and passive recreation areas. 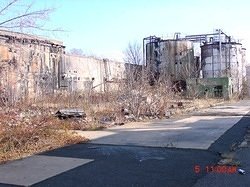 In South Bound Brook the eleven acre former factory site of GAF Corporation was a scar in the center of the town. It had been the location of several roofing manufacturers from 1895 to 1984. The property was contaminated with asbestos, petroleum, PCB’s and the groundwater of the nearby Delaware & Raritan Canal was also contaminated. 1,600 tons of asbestos, about 55,000 tons of petroleum waste, and about 2,683 tons of PCB waste were removed from the site. There was also approximately three cubic yards of tar removed from the bottom of the Delaware & Raritan Canal. Today this brownfield site is home to 152 townhomes and 30,000 SF of commercial development and downtown South Bound Brook has been revitalized. 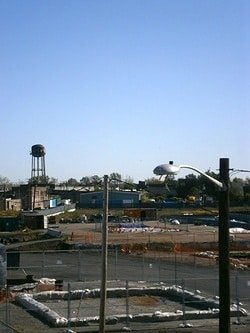 The Berry Lane Park in Jersey City is located on seventeen acres around the Morris Canal. The former location of rail yards, junkyards and deteriorating industrial facilities, it was contaminated with metals and petroleum. After extensive remediation and cleanup at a cost of ten million dollars, when the park is completed it will be home to basketball courts, tennis courts, baseball and soccer fields as well as passive recreation space. It will give the community its first open space area and improve the quality of life for its residents.

While residents in the communities of South Bound Brook and Jersey City have benefitted from brownfields redevelopment, there are several hurdles that need to be surmounted before building on a brownfield site can begin:

The importance of performing due diligence during the purchase process can’t be over emphasized. Even at a site that previously received regulatory closure, there is always the possibility that there is contamination that wasn’t found or that wasn’t remediated to current state and federal standards. Performing due diligence prior to purchase provides state liability protection to the new property owner. It also provides an estimate of remediation and cleanup costs and help to obtain any available state and federal funding to cover some of the expense. Developers can also lower costs and complete redevelopment sooner when they partner with municipalities.

In performing due diligence there are two protocols that can be employed by developers:
Federal All Appropriate Inquiry – can be conducted by any qualified environmental professional.
State Diligent Inquiry – must be conducted by a NJ Licensed Site Remediation Professional

Depending on the circumstances, it may be cost beneficial to start with the All Appropriate Inquiry and amend it if necessary to comply with state requirements by a Licensed Site Remediation Professional.

While developing a brownfield site has its challenges, the benefit to the environment and the local economy where the site is located can make the difference between being an eyesore to becoming the centerpiece of a revitalized community.

Quick Environmental is rated A+